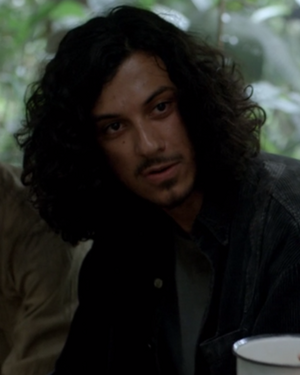 Alejandro Ayala was one of the leaders of M-19 in Colombia and the boyfriend of Elisa Reguera, the co-leader of the group.

Alejandro became the boyfriend of Elisa Álvarez, a fellow university student who would go on to become the co-leader of M-19 with Ivan Torres. The three revolutionaries stole the sword of Simon Bolivar from a museum on one occasion, and Ayala and his girlfriend had passionate sex to celebrate their victory.

In 1981, the group discussed kidnapping a relative of a cartel boss to extort money from the cartels, and Ayala came up with the idea of kidnapping one of Pablo Escobar's children, but was refused due to Pablo seemingly being a charitable man who gave back to the people, with the group opting to kidnap instead Martha Nieves Ochoa Vasquez, the sister of drug boss Jorge Luis Ochoa.

The kidnapping succeeded, but he was captured and killed by Pablo Escobar after he forced them to free Ochoa. Ayala was hanged from a tree in a Medellin park, and the picture was sent to the newspapers.