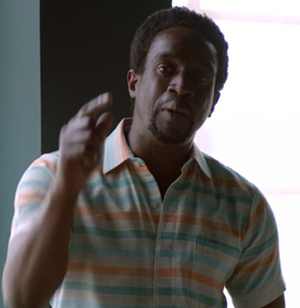 Nelson Hernández, better known as Blackie, El Nero and according to himself due to his swimming skills, Flipper, was a sicario working for Pablo Escobar, and one of his most loyal men.

Blackie was along Escobar since the beggining of his empire. He killed the Guerrilla members that helped Escobar by attacking the Colombian judges and burning all proves against Pablo.

Blackie was along with his boss in La Catedral, and he personally killed Kiko Moncada, by Pablo´s orders. He escapes the assault on the drug lord personal prison.

He´s always by side of Pablo and he´s asigned to put a car bomb near a shopping mall, which kills dozens of person and turn the Medellin people against Pablo. Blackie feels bad for that bloody attack and short time after, he´s captured by Colombian Police while he was watching over Escobar family in the hotel.

Blackie collaborates with DEA, who accuse him of the car bomb. Blackie betrays the Cartel, and gives his phone to DEA, which allows to capture La Quica.