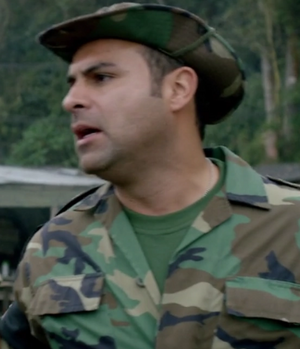 Carlos Castaño Gil was the founder of the far-right AUC paramilitary group alongside his brother Fidel Castaño Gil.

Son of Jesus Castao and the brother of Fidel Castaño Gil and Vicente Castaño Gil. The brothers founded the AUC after their prominent landowner father was kidnapped and murdered by the FARC guerrillas, and they initially served in the Colombian Army before forming the AUC (Autodefensas) paramilitary group, which was known to burn down and massacre entire villages that were liberated from the communists. Carlos was against using drugs to finance the group, and he hated Pablo Escobar for his support of the M-19 communist guerrillas.

In 1992, he allied with the Cali Cartel against Escobar and the communists, and he also received weapons and intelligence from CIA station chief Bill Stechner. Castaño and his brother formed Los Pepes with Don Berna, Judy Moncada, Gilberto Rodriguez Orejuela, and Miguel Rodriguez Orejuela, and Los Pepes would be responsible for the killings of several Medellin Cartel sicarios and associates from late 1992 to early 1993. In April 1993, Los Pepes laid down their arms after almost all of Escobar's known associates and companions were dead, in prison, or in hiding, and Gilberto Rodriguez Orejuela allowed Castano to keep all of the cocaine that he seized, telling him that it was a reward for fighting the communists in the jungle. Castaño decided to enter the cocaine trade to fund the AUC, which would go to war with Moncada and Don Berna for control of Medellin. When Don Berna discovered that Judy was going to snitch to the DEA in order to defeat the Cali Cartel, Berna betrayed her, and he took her to a plane, telling her to leave Colombia and never return, or she could go with the Castaño brothers, who oversaw her departure.