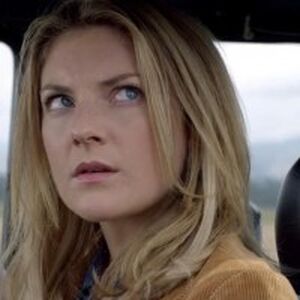 Connie Murphy is the wife of Steve Murphy.

Connie is a nurse who was working in Miami when she first met Steve. She gave him a number which he assumed was fake, but was actually her real number. The two would later marry. Following the death of a pregnant girl due to a cocaine overdose (resulting from ingesting bags of cocaine to smuggle into the U.S.), Connie's hatred for the drug cartels rose, which led her to move to Bogota with her husband (Descenso).

Connie would find work as a nurse in a local clinic, where she meets Elisa Alvarez, an M-19 member. Eventually, Elisa comes to her for help, who becomes a target to Pablo since she can connect Pablo to the Palace of Justice siege. Connie quickly agrees to help her and brings her to Javier Peña. Later, she drives Elisa out of Bogota.

At some point, Steve brings home an orphaned baby, whose mother was murdered by Pablo's sicarios, and the couple decide to adopt her.

As time goes by, Connie begins fearing for Steve's life, who, at one point, was kidnapped by the Cali cartel. She pleads with him to return with her to USA, but he refuses. Having had enough, she takes the baby and flies back home to her sister, against Steve's wishes, which causes him to get drunk and beat up a man who snorted cocaine in the airport bathroom.

Eventually, Connie returns to see Steve in Colombia, Steve, having not seen her after so long, breaks down in her embrace.

The couple reconcile before Connie returns back home again to take care of the baby.