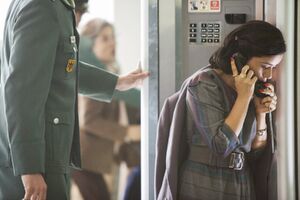 Deutschland 93 is the seventh episode of the second season of Narcos.

As the danger intensifies for the Escobars, Pablo sends his family to another country. Gaviria weighs the opportunity to use them as leverage.