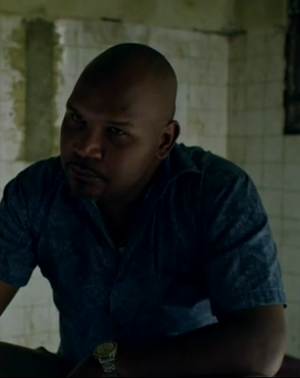 Gorilla was a member of the Medellin Cartel.

He´s in charge of looking after a prisoner, Diana Turbay, the daughter of former president of Colombia. Even being a gangster, Gorilla treats her very well, having many talks and even playing games with the woman.

When the police raids the building, he tries to protect Diana hiding her in a closet. Shortly after that he´s killed by Horacio Carrillo, who also kills Diana by accident.