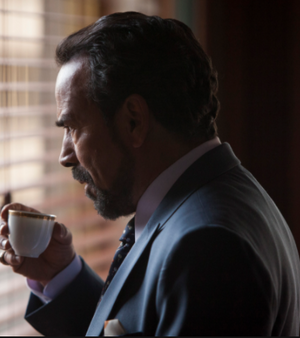 Gilberto Rodriguez Orejuela was born on 30 January 1939 in Mariquita, Colombia, and he was the brother of Miguel Rodriguez Orejuela. In the 1970s, the Rodriguez brothers and Jose Santacruz Londono founded the Cali Cartel, supplying 80% of the United States and 90% of the Europe cocaine market. Rodriguez and his brother worked as bankers and owned the largest drug store company in Colombia, and they also owned the America de Cali soccer team (which was rivals with Pablo Escobar's Atletico Nacional team). In 1992, he allied with Judy Moncada against the Medellin Cartel, which was taken down by the Search Bloc in 1993. However, the downfall of Pablo Escobar led to the Search Bloc focusing on the Cali Cartel.