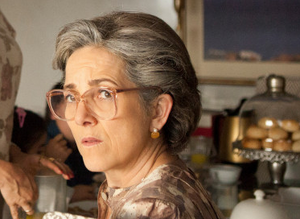 Hermilda Gaviria was the mother of Pablo Escobar.

Hermilda was born sometime in 1916 or 1917. Despite being in her seventies, she was dedicated to her son, going so far as to sew clothes to hide drugs in (Descenso).

Hermilda was very dedicated to her son and his family, although she at times quarreled with her daughter-in-law, Tata Escobar. She was also very resourceful, knowing how to make a jacket that would fit five kilos of cocaine.