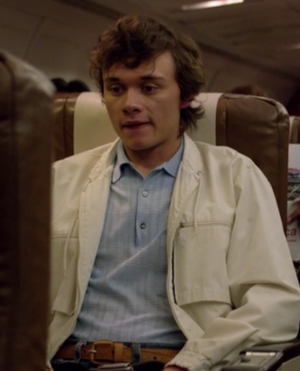 Jaime "Jaimito" Ortega was a member of the Medellin Cartel and the suicide bomber used in the bombing of Avianca Flight 203 on 27 November 1989 by Pablo Escobar. Carrera was recruited off the streets as a courier for cocaine delivered from La Quica to Roberto Ramos, and Escobar later took him into his inner circle. Carrera was promised a large sum of money to take care of his wife and newborn daughter if he would record a conversation with a recording device, but he did not know that Efram Gonzalez had planted a bomb in the device. Carrera unwittingly blew up Avianca Flight 203 shortly after it left Bogota when he pressed the "play" button on the device, killing 110 people and himself.