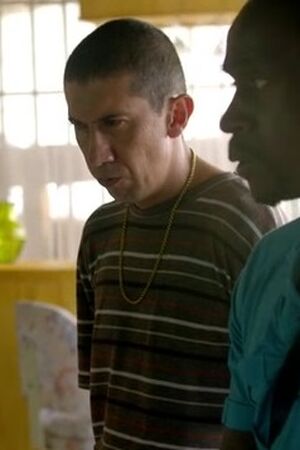 Jairo was a high ranked member and sicario working for Pablo Escobar.

He´s seen working and living with Pablo and other Cartel members in La Catedral, where he will manage to escape during Colombian Army assault.

Jairo is always seen next to Escobar, whereever he is, but is finally located by the Police when he was planning to visit his sick mother. However, Los Pepes arrive first, and when police arrive to the house he has been captured. His dead body is later found in the city, signed by Los Pepes.