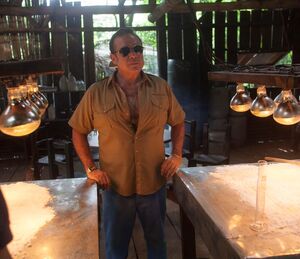 Jorge Luis Ochoa Vasquez was a founder of the Medellin Cartel.

Jorge was born into a drug-smuggling family headed by his father, Jorge Ochoa Restrepo. As such, he and his brother Fabio managed to get an early start in the drug trade. They eventually joined forces with Pablo Escobar and Jose Gacha to create the Medellin Cartel.

Like his brother, Jorge was considered by some, including Cockroach, to being too "soft." This could be attributed to the fact that they had lived in a wealthy lifestyle for their entire lives.