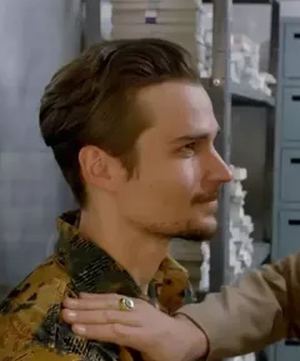 The Lion was a drug smuggler who represented the Medellin Cartel's Miami operations.

The Lion was an old friend of Gustavo Gaviria but had spent much of his life in the United States. It was The Lion who first brought cocaine to Miami, wearing a jacket Hermilda had made and filled with cocaine. He made over twenty flights back and forth between Miami and Colombia, and soon had to start finding other methods of transporting the drug, such as bribing pilots. He would have pregnant women swallow small bags of cocaine; one of these women ended up in a Miami hospital and was treated by Connie Murphy, but she did not survive (Descenso). When Carlos Lehder became the Cartel's new pilot, The Lion took command of all operations in Miami.

The Lion was played by American actor Jon-Michael Ecker.