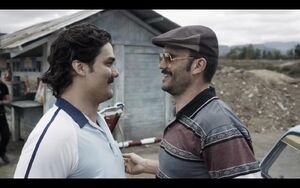 Los Pepes is the sixth episode of the second season of Narcos.

The newly-formed Los Pepes want to destroy Pablo and his empire. Tata's brother urges her to leave and seek safety with her children.