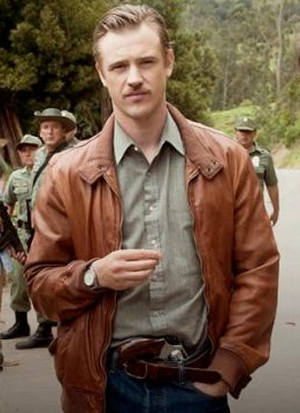 Murphy was born in Tennessee in 1957, to Marvin and Betty Murphy. He grew up in Princeton, West Virginia, and graduated from Bluefield State College in 1981 with a degree in Criminal Justice. Following a short career in local law enforcement, Murphy enrolled in the Drug Enforcement Administration's training program.

His first assignment was in Miami, where he worked with Kevin Brady, mostly going after young marijuana users. One night, while celebrating at a club, Brady and some other colleagues pulled a prank on Murphy, telling him that a blonde woman at the bar was checking him out. Knowing that they were pulling his leg, but wanting to get the upper hand, Murphy asked the woman if she would at least give him a fake number. To his surprise, it was real, and that woman, Connie Murphy, would become his wife. Following the death of Brady at the hands of La Quica during a failed sting against Hermann Zapata, Murphy accepted a transfer to Bogota (Descenso).