The Kingpin Strategy
Edit This Page 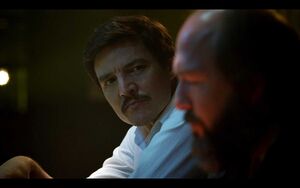 The Kingpin Strategy is the first episode of the third season of Narcos.

The Gentlemen of Cali gather their associates together for a big surprise announcement about the future of their business.